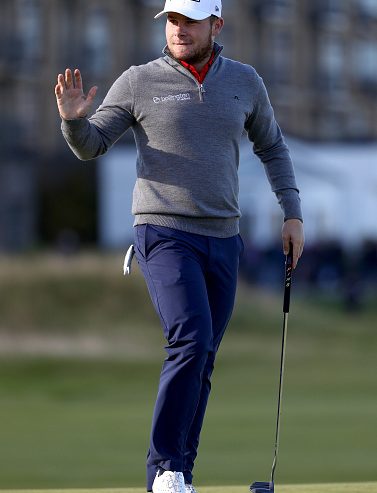 ST ANDREWS, October 8, 2016 – Tyrrell Hatton equaled the Old Course record with a spectacular 62 at St Andrews today to take a three-shot lead into the final round of the Alfred Dunhill Links Championship. 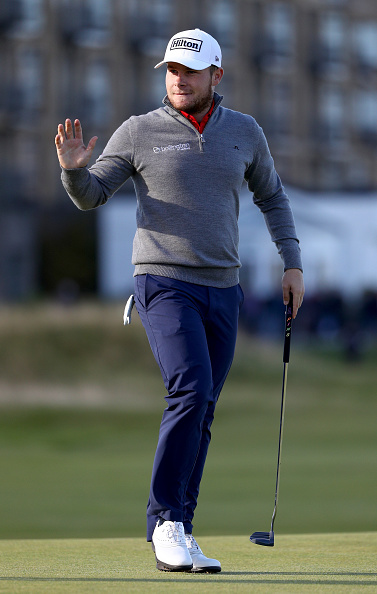 The 24-year-old Englishman, whose 2016 has included a fifth place in the Open Championship and a tenth place finish in the USPGA, had ten birdies – including one at the dangerous Road Hole. Many have predicted a brilliant future for Hatton and the quality of his golf suggests he will be a strong favorite to win his first European Tour title, at the Home of Golf.

Hatton said: “It’s quite clearly the best round I’ve ever had. I’ve never actually got to double digits under-par before, so I’m very pleased with that.

“Obviously I’d love to get a win. I’ll just play my game and see what happens. Hopefully, I can putt well again and we’ll have a good day. I can only try my best and what will be, will be.”

Chasing Hatton is Ross Fisher, who shot a creditable 69 at difficult Carnoustie, with Sweden’s Joakim Lagergren and South Africa’s Richard Sterne a further shot back.

Fisher said: “It was a beautiful day to play Carnoustie. It was still tricky out there. It was very firm, very fiery, but overall I’m pretty pleased with the round. There was a couple of scrappy shots. Maybe I left a couple of putts out there, but I can’t complain after shooting in the 60s for the third day running.”

The tournament, conceived as a celebration of links golf, is played over three of the world’s best known and respected links courses – the Old Course at St Andrews, the Championship Course at Carnoustie and the highly regarded Kingsbarns Golf Links.

With a prize fund of US$5 million, the championship incorporates two separate competitions – an individual professional tournament for the world’s leading golfers and a team event in which the professionals are paired with some of the most celebrated amateur golfers which creates a unique atmosphere.

Among the other teams who made the cut and will play tomorrow are Hatton and Jamie Dornan (27-under), Robert Dinwiddie and Dan Quayle (26-under), father and son pair Martin and Horst Kaymer (24-under), Graeme McDowell and Sir Anthony McCoy (23-under), David Horsey and Sir Ian Botham (23-under) and Graeme Storm and Damon Hill (23-under).

Dornan says it is “a terrifying prospect” to be playing alongside Hatton in the final group. “It’s just crazy. I said at the start of the week that I couldn’t expect too much of myself because I only play half-a-dozen times a year – with four of them here, including the practice round. Well, now it’s five!”

He revealed he has canceled a planned flight home to Northern Ireland tomorrow. “I’m not actually sure how I’m going to get back, but I can’t miss this! I really hope Tyrrell wins the individual tournament – he’s a great guy.”