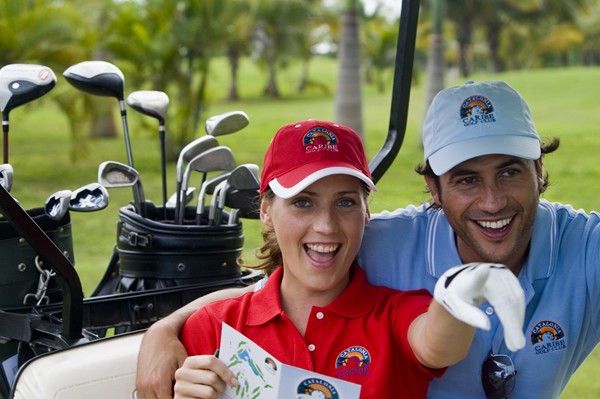 Many of its golf courses are the work of some of the best in the business, including luminaries such as Pete Dye, PB Dye, Jack Nicklaus, Tom Fazio, Gary Player, Nick Price and Robert Trent Jones Sr.

These guys are good – and so are their amazing creations, several of which are laid out in stunning coastal settings. They have also garnered critical acclaim.

Of Dominican Republic’s 18 tourist-friendly golf courses, seven are included in Golfweek’s Best Caribbean and Mexico Courses for 2016, which recognizes the region’s top 50 courses.

Three of them are in the top dozen, with the Nicklaus masterpiece Punta Espada at Cap Cana maintaining the number one spot every year since 2009 when it took over from veteran Pete Dye design, Teeth of the Dog.

The recently-revamped Playa Grande course also returned to the rankings this year in the number 21 spot. 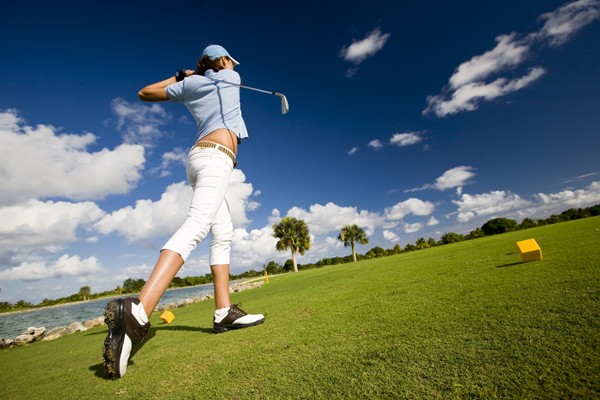 No wonder the Dominican Republic is known as the Golf Capital of the Caribbean. Underlining that, it was named Latin American & Caribbean Golf Destination of the Year for 2016 in the IAGTO Awards, the third time it has been recognized in the golf tourism industry’s prestigious annual honor roll.

Pete Dye kick-started the Dominican Republic golf revolution in 1971 with his magnificent Teeth of the Dog course, which he followed up with The Links, Dye Fore and La Romana Country Club (a private club for villa owners) – all at Casa de Campo resort in La Romana on the south coast – in addition to creating the initial design for Las Lagunas, near Santo Domingo.

Legendary architect Robert Trent Jones Sr. designed both the Playa Dorada Golf Club course in Puerto Plata and Playa Grande Golf Course, his penultimate design. Widely regarded as his finest creation and known as the “Pebble Beach of the Caribbean” for its spectacular clifftop setting, it was laid out in 1995 and reopened in November 2015 after a revamp by his son, Rees Jones, also a noted golf architect.

Among key golf tournaments, Punta Espada staged the Cap Cana Championship, part of the PGA TOUR Champions Tour, from 2008 to 2010, and Teeth of the Dog has held the Dominican Republic Open, a PGA TOUR Latinoamérica event, for the last three years.

This year also saw the Web.com Tour, the PGA TOUR’s developmental tour, make its first-ever stop in the Caribbean at the end of May for the Corales Puntacana Resort & Club Championship, when a field of 156 players battled it out for a purse of $625,000. It will form part of the Web.com Tour calendar for the next two years.

It isn’t just stars who are behind the Dominican Republic’s golf courses. You might even spot famous faces on its fairways. The country is a popular vacation spot with many celebs from the sport, entertainment, and politics; some have homes there and many enjoy playing golf.

Singer Julio Iglesias, a Puntacana Resort & Golf Club partner, and dancer Mikhail Baryshnikov both have villas by its Corales course. PB Dye has a house alongside the La Cana course and Spanish golf star Miguel Angel Jimenez often stays in a villa at Casa de Campo.

So what are you waiting for? Make sure the Dominican Republic is on your bucket list, and book your next golf vacation there now.