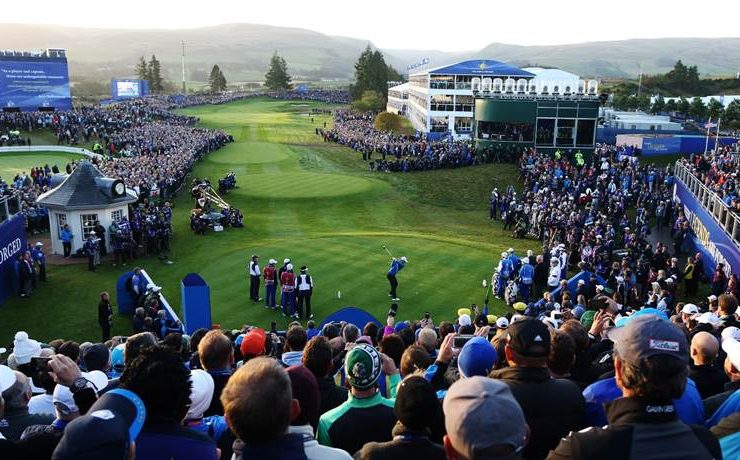 Anthony Webber. Editor-at-Large. iGTN. In 1985, “everyman” Angelo Spagnolo recorded the highest documented score – 257 – in the entire history of golf, including a 66 on one hole in Golf Digest’s “Search for America’s Worst Avid Golfer.”

In an article that would subsequently appear 15 years later, in the year 2000, Golf Digest regarded Spagnolo’s round at The Players Championship at Sawgrass as “One of the 100 biggest golf stories of the 20th century.”

“Yow,” says Spagnolo. “When I realized the company I was now in (Nicklaus, Palmer, Woods, etc.), it completely blew me away! How could this be?”

But Life’s an…Unplayable Lie does far more than chronicle this single unique accomplishment. It also details Spagnolo’s early struggles in every sport imaginable, tells of a strange golf match against a seventy-one-year-old first-year golfer that Spagnolo barely won, and details the entire bizarre process that led to his “winning” the title of “America’s Worst Avid Golfer.”

It even highlights a special feature that was broadcast on the Golf Channel in 2011 during which Spagnolo made another valiant attempt at the 17th hole at Sawgrass with legendary former PGA Tour commissioner Deane Beman at his side (for added pressure, apparently).

During that attempt, Spagnolo incurs, as he calls it, “The largest penalty ever assessed in the entire history of golf.”

Spagnolo comments, “In addition to entertaining readers, I hope Life’s an…Unplayable Lie manages to convey the tremendous stress that those of us competing for the title of “America’s Worst Avid Golfer” felt in trying to play this most difficult game the way it was originally intended to be played. This wasn’t just stressed, it was stress’s big brother…suffocating stress.”

He adds, “I want to make people understand that while we were the worst foursome of golfers ever assembled, no one wanted that title. We were all trying our hardest…and despite our ineptitude, we still loved everything about this game…except for our scores, of course. That’s why it took us over seven hours to play it.”

“While I expected to read stories about all manner of strange and rare golfing experiences [in Life’s an…Unplayable Lie], it was far more than that. In fact, the best and most surprising parts of the book are contained in the history of how unlikely Angelo’s participation in the Worst Avid Golfer’s tournament was, and how this event transformed his life in unpredictable ways.

Read about his visits with celebrities and get a sense for how an everyday Joe is affected by these experiences. Also, enjoy how the four guys who participated in that original tournament used the notoriety of that event to do some wonderful charitable work. It is easy to mentally place yourself in the author’s position and ask yourself how you would have responded to the life that followed that famous ’66’ on a single fabulous golf hole.
Angelo Spagnolo graduated with a bachelor’s degree in journalism and communications from Point Park University. From 1976–1980, he founded and operated The Pittsburgh North Star weekly newspaper and Black and Gold, a Pittsburgh sports publication. In 1981, he went to work in his family’s supermarket business after recession forced his publishing business to close. In 1988, he opened the family’s second store, Tri-County Giant Eagle. After multiple companies and community awards, he left the supermarket business after his father’s passing in 2001. Now semi-retired, he and Darlene, his wife of thirty-eight years, reside in Fayette City, Pennsylvania, a small rural community one hour south of Pittsburgh.