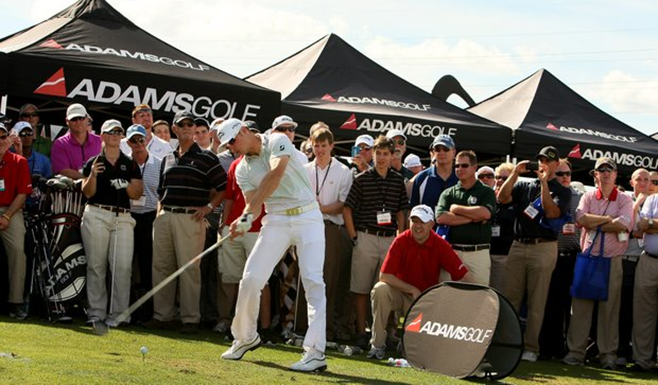 The Ryder Cup. With the golf world fresh off another scintillating Masters, it’s exciting to think ahead to the next Ryder Cup in September at Hazeltine National near Minneapolis.  There is no more electric competition in the sport – pitting America vs. Europe/Great Britain/Ireland – and Premier Golf has been the exclusive Ryder Cup package provider in North America since the “War by the Shore” (1991).

Premier Golf’s executive team are experts on everything Ryder Cup.

If you can imagine flying on a private jet with the U.S. Ryder Cup team – picture putts being rolled down the aisle at 37,500 feet – then you understand Premier Golf’s unique insight.

With that in mind, the following is Premier Golf’s “Ryder Cup by the Numbers.” 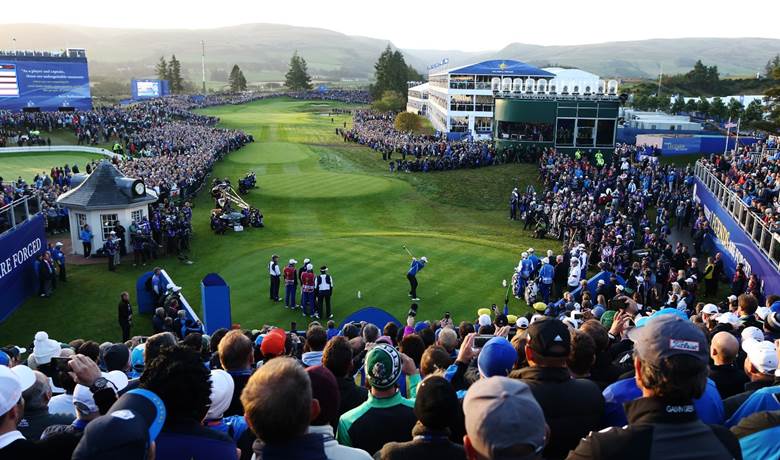 Premier Golf is the most experienced golf travel company in America. Founded in 1988 and headquartered in Duluth, Georgia, Premier Golf is a privately held LLC corporation operating as a tour operator, event company, and travel agent. Initially, Premier Golf was strictly an international tour operator with an exclusive focus on destinations such as Scotland, Ireland, England, Spain, Portugal, and Wales. We still maintain a full-time office in both Scotland and Ireland and have close relationships with selected ground handlers in all of our international destinations. We have expanded the international destinations we handle and now offer destinations such as France, Italy, South Africa, New Zealand, Australia, the Dominican Republic and Canada.

Domestically, we are very selective in the destinations we offer. We keep our selections limited, allowing us to be true experts and to ensure that our clients are receiving the very best in service and price. In addition to exclusive relationships with Streamsong and Bandon Dunes, we offer Hilton Head, Kohler (Whistling Straits), Erin Hills, Pebble Beach, Pinehurst and PGA National. PGA Village in Port St. Lucie, Florida, owned and operated by the PGA of America, is our most popular destination. We handle sales fulfillment for PGA Village, operating as their call center for golf packages.

Since 1988 we have been licensed by the PGA of America and have become the number one choice for golf travel among PGA club professionals across the United States. We receive hundreds of referrals for golf travel from PGA professionals looking to provide professional travel services for their club members. We also handle the air travel arrangements for the PGA’s Professional Golf Management assisting over 2000 PGM students in their travel to their checkpoint in Port St. Lucie, Florida.

Since 1991, we have been licensed by the PGA as the exclusive, official distributor of Ryder Cup travel packages. We have designed and managed Ryder Cup travel programs to 12 consecutive Ryder Cup matches, sending over 25,000 people to golf’s greatest event.

Anthony Webber. Editor-at-Large. iGTN. For golf enthusiasts celebrating a Special Occasion, Birthday or Wedding Anniversary here are some of the world’s best value golf cruises for you. 10 […]

Save A Fistful Of Dollars Playing Golf In Spain

Anthony Webber. Editor-at-Large. iGTN. Playing Golf In Spain. Save a fistful of dollars playing golf in Spain’s sunniest climate. Golfers heading to Almeria, the province in the far […]

Trump® National Doral Miami, the iconic luxury hotel known as one of the greatest golf resorts in the world, announced that with the support of its members, guests, […]

Go Golfing in Hawaii on a Cruise Ship | Golf Cruises

Anthony Webber. Editor-at-Large. iGTN. Golf Cruises. Golfers going to the Hawaii Islands for the first time are rewarded with winning views of different islands and get to play Hawaii’s […]